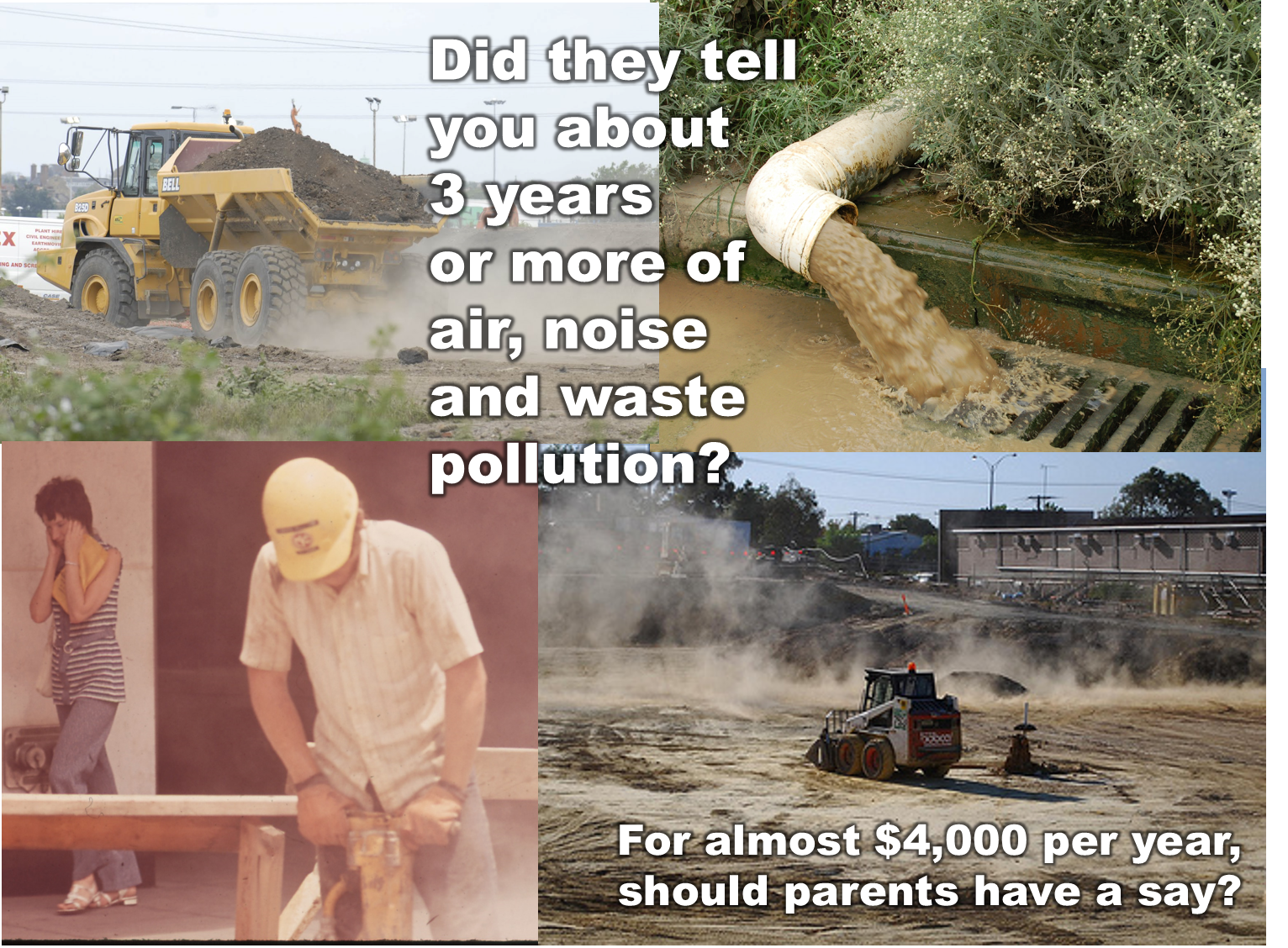 [Since 2011, Elizabeth English, with support of the Board of Trustees, has been promoting to donors, parents and students the benefits of an ambitious, but doomed from the start, $70 million five-year campus expansion plan. (West Side Today, 12/9/15 http://westsidetoday.com/2014/12/09/l-planning-commission-holds-first-four-public-hearings-archer-school-girls-expansion/). The Archer expansion project has been a central objective of the Board and Ms. English for years and she has worked very hard to win community support, raise funds and get the necessary city approvals. Nevertheless, what she currently calls success is both tentative and, in any event, greatly diluted, in large part because of the badly conceived and executed strategies.] CAREFUL WHAT YOU WISH FOR. A massive public relations campaign has sought to instill within the Archer community wishful thinking about all the benefits of the Archer Forward Expansion Project which is constantly being whittled down by the city’s approval system. There are so many risks and downsides it’s possible parents and students will regret what they wished for — if they get it at all.

It seems like the last thing Elizabeth English or the Archer Board wants is questions and input from Archer parents and students about: 1) the scope and nature of the ongoing series of concessions that substantially dilute the benefits of the project, 2) the impact of the project on educational and social experience of current and future students, and 3) current estimates of the total cost of the project. Yet, their unwillingness to discuss these issues candidly has generated intense concern and growing unrest from a growing group of parents who think they have a right to know how their children’s educational and social experience will be impacted if the project is approved. They also want an honest picture of the real benefits of a project that is a highly diluted version of the original plan. Unfortunately, the strategies and tactics chosen reflected overconfidence of success in terms of fund-raising and acquisition of the necessary approvals. Consequently:

2) A parent rebellion may be brewing as many moms and dads of current students worry about the lack of information on how the educational and social experience of their children will be impacted during at least three years of construction (which can occur only during week days during school hours). One scenario has the school moving students to another location, others would subject the children to pollution and other construction.

2) The public relations dimension of the expansion strategy has been counterproductive.
Several residents contacted us through this website to express outrage that rather than truly collaborate and consult as Ms. English repeatedly claims, her interactions with concerned residents and businesses stressed Archer’s needs and sought to minimize the validity of their concerns rather than find meaningful solutions.  They said that the school used slick (and expensive) brochures but did not engage in true give and take discours and that her “presentations” (rather than a discussion among equals) were conveyed an entitlement attitude that many residents perceived as arrogant and insensitive (one resident used the term “imperious”).  As a result, rather than being mollified by the school’s compromise concessions, the plans’ opponents have become more aggressive than ever as demonstrated by an extensive document by an attorney opposing Archer compromise plan.http://www.archerneighbors.com/ and http://www.archerneighbors.com/141208Hearing_Officer_Letter_FINAL-signed.pdf

Archer has already spent about $10 million and still doesn’t have an approved project.

Here are some additional facts to help you make your own assessment as to the wisdom and effectiveness of Archer leadership and the likelihood that any significant expansion plan will ever be approved and funded.