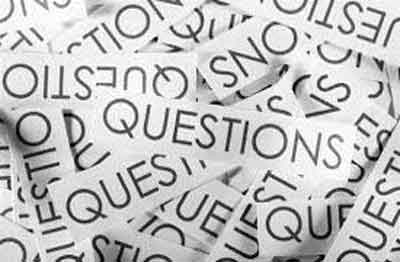 We received this letter containing a list of pertinent questions and were asked to post it in the hope that other parents will seek responses from Ms. English on these issues that affect all parents and students at Archer. And below this letter we add  other questions we have heard or read.

As concerned and involved parents, we were shocked when we heard of the lawsuit against Archer and its Board of Trustees.  We selected this school, for its reputation and we wanted a supportive and nurturing environment for girls.  The reputation of Archer School for Girls was and is of utmost importance to us.

Most of these questions should be addressed by Archer, but we are afraid to present them for fear of retaliation.  We are hoping you will publish them on your website, and Archer’s lawyers respond.

1. If the allegations in the lawsuit prove to be false, what is the damage to Archer and its reputation?  What if they’re true?

2. Who’s paying for the defense of the case?

3. Why does Ms. English have the same attorney as the entire Board of Trustees?

4. Does Barbara Bruser speak for the entire Board of Trustees, when she says they stand unequivocally behind Ms. English?

5. Has any investigation been performed?

6. How does Archer/Ms. English/Board of Trustees view the potential damage to Archer’s  reputation in connection with applications for Fall 2015?

7. How does the widespread publication of this lawsuit affect Archer’s current expansion plans, particularly in light of the allegations directly against Ms. English?

8. How does this lawsuit affect Archer’s ability to continue to secure donations?

9. How, if at all, does this litigation affect Archer’s ability to attract the best teachers and administrators?

10. Finally, assuming the allegations in the lawsuit have any merit, what has Archer or its lawyers done to encourage those who may have evidence or information, even if adverse to Archer/Ms. English/The Board of Trustees, to come forward without fear of retaliation?

We would like to see these questions answered as soon as possible because they are necessary to decide whether Archer School for Girls remains an appropriate choice for our family.

OTHER QUESTIONS WE HAVE HEARD OR READ:

1. If Archer can end this ugly mess by conducting an investigation and modifying its arbitration clause why don’t they?

2. Isn’t the Board required to conduct a full investigation in situations like this irrespective of what the Josephsons want or say?

3. I just heard that we lost both of our college counselors who have been doing such a fabulous job. They really knew the girls and helped. Now my daughter will have to work with someone who knows nothing about her and has no track record. I’m very worried about this. Did they leave because of anything Ms. English said or did?

4. I was once involved in a case where our company stood on principle and turned down a settlement offer that was pretty low. Later when the other side won a judgment the insurance company said we had to pay the difference. Is there any danger of that here?

5. Is it really true that Elizabeth English is given a house as part of her compensation and that she spent $1.4 million renovating the house. What is her total compensation?

6. Will Archer really negotiate with a parent who doesn’t want to sign the arbitration clause? I wouldn’t dare raise the issue for fear I would be identified as a troublemaker.

7. How did the administration let this spin out of control up to this point? I’m a teacher at another school and our policy is to de-escalate not escalate controversy. I’m not sure exactly what was going on but if the family was willing to accept any other sanction that didn’t raise the medical problems why wasn’t this pursued. I don’t know if there was malice here but it sure seems like gross incompetence.

8. Why is this arbitration clause so important to Archer and why is it so expansive. it seems it is the student that should have the right to claim confidentiality, not the school.

9. Are you saying that arbitration isn’t a better cheaper option to litigation? I thought it was.

10. I’m a lawyer and I cannot fathom how the board could allow themselves to be represented by the same lawyer as is representing English and individual board members. If English did even half of the things she is accused of the board needs distance.

11. How often has Archer gone into arbitration with parents? I’ve been here for 5 years and I never hear of anyone who did this and I don’t know of anyone who knows Ms. English who would do this.

12. Is this all covered by insurance? If so, let us know so we don’t worry about draining funds from our kids education.