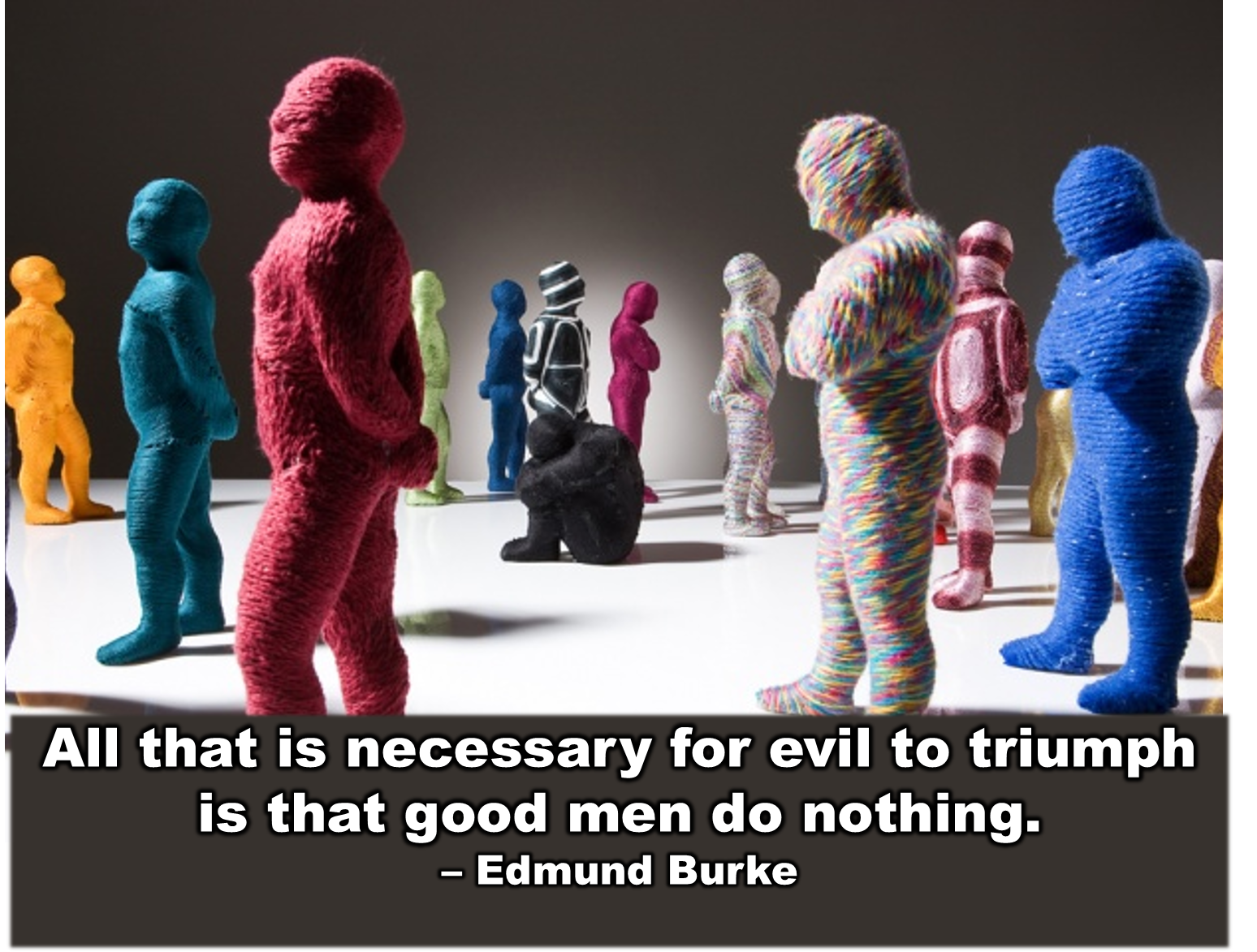 Petitioner Michael Josephson and his two daughters, C. Josephson (Child 1) and M. Josephson (Child  2), who attended the Archer School for Girls (“ARCHER”), a private single-sex middle school and high school,  and the childrens’ mother Anne Josephson, are all plaintiffs in the underlying action against ENGLISH and the members of the BOT, the Real Parties in Interest.  Ex. B (Compl. ¶¶ 1–3).

In 2009, during a meeting between ENGLISH and Petitioner (in his role as president of the Josephson Institute of Ethics), ENGLISH had asked Petitioner to conduct a survey of attitudes and behavior of Archer students.  Ex. B (Compl. ¶ 79).  Petitioner agreed to do so without charge based on the understanding that the data would be shared with parents, students, faculty and the Board to stimulate discussion and enhance ARCHER’s character development strategies.

Petitioner conducted the survey and prepared a report that revealed a high rate of cheating, drinking and drug use, ENGLISH reneged on her commitment to share the information with parents, faculty and students and Petitioner was asked to not reveal the data.

Petitioner reluctantly agreed but when ENGLISH learned he had been asked to deliver a program for the Archer Dads organization and that he was conducting a survey for that program, she concluded he would collect and reveal data similar the information included in the report on the survey she commissioned.

Based on completely erroneous assumptions that she made no effort to verify, ENGLISH, in the words of Archer Dad’s president, “ambushed” Petitioner with conference call attended by several Board members.  Ex. B (Compl. ¶¶ 78-79).  During that call ENGLISH rebuked, insulted and sought to intimidate Petitioner, accusing him of being unprofessional and lacking integrity in conducting another survey without her permission.  Id.

In a tirade that lasted for more than an hour, ENGLISH disregarded Petitioner’s attempts to correct her false assumptions about the nature of the survey and the circumstances under which it was created and expressed his own outrage at ENGLISH’s abusive tactics and authoritarian demands and he insisted that the president of the Archer Dads group be included in the conversation. The phone call was adjourned and was resumed later the same afternoon.  The President of the organization confirmed that ENGLISH’s disrespectful and defamatory accusations were wrong and irresponsible. As a result of this interaction, ENGLISH formed a deep animosity for Petitioner later expressed with retributive actions against his daughters.

In December 2013, Child 1, an excellent 12th grade student who received early admission to Barnard College, engaged in a momentary and minor act of rudeness during a class session.  Id.  (Compl. ¶¶ 1, 7).  As she was involved in a similar act of rudeness several months before, it was determined that she should be subjected to a student hearing, primarily designed to shame the student.  Id.  (Compl. ¶ 11).

When Child 1 expressed to her parents a deep and growing anxiety about this particular form of discipline, Michael Josephson and his wife Anne (who was then a member of the Board of Trustees) supported the decision that Child 1 should receive some discipline for her actions but, consistent with past practices and the ARCHER tradition on collaborating with parents, asked that some less traumatic alternative form of discipline be implemented.  Id.  (Compl. ¶¶ 12–15, 59).

Motivated by long-held malice against Petitioner Michael Josephson relating to a confrontation about an unrelated matter five years before, ENGLISH ignored the evidence of special circumstances offered by Child 1 and her parents, refused to collaborate or discuss her decision and insisted that Child 1 be subjected to what was effectively a public shaming ritual in which Child 1 would be brought before a tribunal of fellow students and faculty in a trial setting.  Id.  (Compl. ¶¶ 12–53, 72–80).

As Child 1’s anxiety built, her parents sought a psychologist’s opinion on the sincerity and severity of the growing phobia.  Id.  (Compl. ¶¶ 12­–13, 21–22, 25, 34, 42).  The psychologist submitted a report, shared with ENGLISH, indicating that the phobia was real and serious and that the process would be severely harmful to Child 1’s mental health.  Id.  (Compl. ¶¶ 25, 34, 42).  Again, Parents sought an alternative discipline.  Id.  (Compl. ¶ 26).  Knowing it would cause great and lasting emotional distress to Child 1 and to Michael Josephson, ENGLISH ignored the school’s tradition of collaborative non-coercive discipline and sound educational practices, and she refused to consider or discuss any alternative, ignoring the Parents concerns and the psychologist’s warning.  Id.  (Compl. ¶¶ 25–26, 50–53, 59).  To coerce compliance, she imposed an unauthorized and improper suspension with the edict that Child 1 would not be permitted to attend school again or take part in any student activities (she had been co-captain of the dance troupe and co-director of an upcoming major performance) until she participated in the shaming ritual.  Id.  (Compl. ¶¶ 7, 31).  The members of BOT were individually informed and notified of this decision in a plea by Petitioner asking them to reverse or modify the decision to mitigate the harm already caused, but they approved and/or ratified Ms. English’s action, knowing of the consequences.  Id.  (Compl. ¶¶ 106–110).  Several directly participated in the decision.  Id.  (Compl. ¶¶ 43, 50, 101).

Child 1’s psychologist confirmed that she has a disability that required that she could not participate in the Honors Educational Council / public shaming discipline insisted upon by Real Parties in Interest.  Ex. F (FAC ¶¶  112, 126).  Real Parties in Interest knew about Child 1’s disability but insisted on the public shaming discipline anyway, and eventually effectively expelled Child 1 from school and barred her from participating in school activities or coming to campus as a result.  Id. (FAC ¶¶ 113, 127).

The school’s action devastated Child 1, who, for personal reasons previously disclosed to ENGLISH, did not feel able to undergo the process demanded by ENGLISH. Id.  (Compl. ¶¶ 53, 81).

Despite the fact that school rules gave her discretion to waive the student hearing and devise other means to accomplish a legitimate disciplinary goal and a long-standing tradition of collaborating with parents to determine the most effective form of discipline and an oft-stated commitment to the principle of non-coercive discipline, ENGLISH escalated the trauma by refusing to consider or discuss alternatives and, instead, informed Child 1 that she would not be permitted to attend classes, participate in senior activities or graduate with her class.  Id.  (Compl. ¶¶ 7, 17, 20, 31, 48–53, 58–59).

Not satisfied with ruining the senior year of Child 1, ENGLISH and the BOT decided to take revenge on the Parents for challenging their authority, and they then turned their attention to punishing Child 2, a fifteen year old who had nothing to do with the incident for which Child 1 was disciplined and nothing to do with the conduct of her Parents in objecting to the archaic discipline that ENGLISH and the members of the BOT sought to impose on Child 1.  Id.  (Compl. ¶¶ 54–70).  On the grounds that Petitioner’s efforts advocating on behalf of Child 1 demonstrated a lack of support for ENGLISH’s decisions, ENGLISH, in a blatant demonstration of arbitrary power, and in direct collaboration with certain members of the BOT, notified Anne Josephson, and subsequently Child 2, that Child 2 would not be permitted to complete her education at Archer and she would not be permitted to re-enroll.   Id.  (Compl. ¶¶ 54, 60, 70, 73–74).  Child 2 had recently come out as openly gay and was dealing with the psychological effects of that decision, a fact known to ENGLISH (as it was conveyed to her by Anne Josephson).  Id.  (Compl. ¶¶ 54–55); Ex. F (FAC ¶43).  Real Parties in Interest effectively expelled and banished Child 2 from ARCHER, at a time she was dealing with the stress and psychological burdens of coming out as gay.  Ex. B (Compl. ¶¶ 54–55, 70, 132–133); Ex. F (FAC ¶ 43).

The original complaint contains a complete record of all of Petitioner’s communications with ENGLISH about this matter (there was only one meeting and that was tape recorded by defendants).  Id.  (Compl. ¶¶ 33, 35, 42–49, 81–82, 90, 91, 94).  There is nothing in any of these communications to justify ENGLISH concluding that Petitioner acted disrespectfully at all, let alone in a manner so serious as to conclude that he irreparably damaged the school-parent relationship justifying the exile of all Josephsons from the school.  Id.

To top it off, Real Parties in Interest, the day before both Josephson children were scheduled to attend the graduation ceremonies of their best friends, were barred from attending school functions or even stepping foot on campus to see their friends or teachers.  Ex. F (FAC ¶ 69).  The ban even included two other Josephson children who had already graduated from the school.  Id.

Despite an extensive array of respectful communications to ENGLISH and the members of the BOT seeking less dramatic alternatives, ENGLISH, with the explicit and knowing support of members of the BOT, continued to ignore fundamental principles of respect and educational professionalism by several additional intentionally hurtful acts.  Ex. B (Compl.  ¶¶ 73–74); Ex. F (FAC ¶¶ 68–69).  ENGLISH even told Child 2 that she should blame her father for her exclusion from the school because he opposed her decision and refused to accept her authority.  Ex. F (FAC  ¶ 63).

Real Parties in Interest members of the BOT, Barbara Bruser, Barbara Horowitz, Cathy Helm, and Scott Lord, personally participated in discussions and decisions regarding the exclusion of Child 1 and Child 2 from ARCHER.  Ex. B (Compl. ¶¶ 50, 73).

Prior to the conduct that is the basis of the underlying action, defendant members of the BOT knew of should have known of incidents where ENGLISH abused the discretion and authority granted her by the board, including arbitrarily and capriciously creating, construing and implementing policies that unfairly, improperly and unlawfully caused injury to students and parents.  Id. (Compl. ¶ 102).

Each defendant member of the BOT failed to take any action to establish effective oversight or require the creation of policies, procedures, guidelines or other internal controls to protect students and parents, including plaintiffs, and further failed to review, correct and hold ENGLISH accountable for her improper actions.  Id. (Compl. ¶¶ 103, 105).

On April 29, 2014, Petitioner sent to each Real Party in Interest member of BOT a letter summarizing the Josephson family’s grievances along with an extensive memorandum. The letter and memorandum provided detailed documentation of the nature and scope of English’s actions and the harm caused thereby and notified them of severe impending harm that would be caused if the board failed to mitigate the severe emotional distress resulting from decisions to prevent Child 1 from participating in senior activities with her friends and teachers and graduating with her class and coerce Child 2 and her parents to find a new school and subject her, as an openly gay female, to social and emotional trauma.  Id. (Compl. ¶ 106).

The letter also called on each member of the BOT to: a) repudiate, or cause English to reverse, those decisions before they caused additional harm and informed them that a failure to do so would constitute ratification of those actions, b) demonstrate due diligence and meet their duty of care by conducting a thorough, independent investigation of plaintiffs detailed, documented claims, c) meet their obligations arising from the duty of care by establishing internal controls, including guidance, policies and procedures to detect, prevent or promptly and properly ameliorate or mitigate harm caused by the unlawful, unethical and inappropriate actions of English or other employees of Archer.  Id.