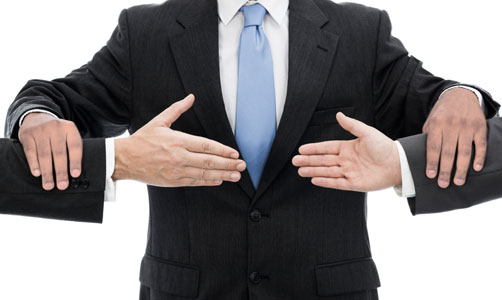 This post from January 25, updated on April 26, 2015 demonstrates the lengths to which the Archer Board has been willing to go to shield Elizabeth English from the logical consequences of her choices. It also demonstrates the non-monetary reform goals of the Josephsons and the unwillingness of the Board to consider important reforms.

Peace at last? An Easy Way out for the Archer Board (rejected)

(UPDATE:  THE ARCHER BOARD REFUSED TO EVEN RESPOND TO THIS OFFER AND AUTHORIZED LAWYERS TO WASTE SPEND TENS OF THOUSANDS OF DOLLARS UNSUCCESSFULLY ATTEMPTING TO PURSUE VINDICTIVE AND LEGALLY GROUNDLESS LEGAL ACTIONS TO PUNISH AND/OR INTIMIDATE THE JOSEPHSONS.)

On October 7, 2014, after the court of Appeals declined to review the trial judge’s ruling that all the Josephsons’ claims fell within the mandatory arbitration provision in the enrollment contract, the Josephsons sought and obtained a voluntary dismissal of all its legal claims. The goal was to end the legal dimension of their dispute with Ms. English and her Board. In a peculiar procedural maneuver claiming that even the issue of dismissal was a matter for an arbitrator the court re-opened the case forcing the Josephsons to re-assert their motion to dismiss – an absolute right under the conditions of this case.

It has been made perfectly clear that Archer’s attorneys are on a quest to prevent the Josephsons from continuing to play their watchdog role and to prevent them from disclosing facts about the conduct and shortcomings of current Archer leadership. On the other hand, the Josephons have been adamant about using their right of free speech to subject the educational, disciplinary, and management  decisions of current leadership to public scrutiny. They have indicated  a desire to keep the Archer community informed and put continuous pressure on the Board to acknowledge the multitude of shortcomings of Ms. English. The hope is they will install new leadership. To achieve some the the major objectives of their lawsuit the Josephsons on this site and in other public communications have indicated their willingness to return to the more comfortable role as supporters rather than critics of the school they have loved. They are not only willing to agree to refrain from criticism they will donate $150,000 to Archer to help it restore its morale and reputation.  Here is the statement of Michael Josephson made in his the Q & A post in Developments> We will take down this site and cease our watchdog reporting and criticism on all platforms of communication, execute mutual releases and dismiss our claims against all Archer defendants with prejudice, AND donate $150,000 to Archer to help them restore morale and their reputation if :

1)  The Board agrees to commission an independent investigation of our claims and make the report public as Marlborough did (click here What a Board should do).

2) The Board removes Elizabeth English as head of school.

4) The Board modifies the mandatory arbitration clause by removing the confidentiality requirement and modifying other provisions that we objected to as being unfair to parents; and

5) The Board adopts reasonable policies to prevent any administrator from excluding children and parents without just cause and a reasonable process.

This would seem to be a very easy way out if the Board is truly looking out for the best interests of Archer.