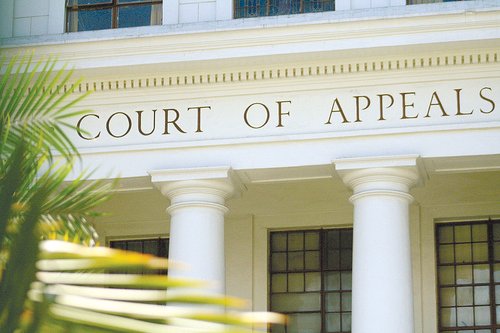 After Judge Rosenberg ruled that the Josephsons complaint must be submitted to arbitration (even the issue of whether the dispute is arbitrable is delegated to the arbitrator in the clause), the Josephsons filed two extensively researched and powerfully argued briefs asking the California Court of Appeals to issue a writ of mandate to stay the proceedings.

Under the rules of procedure there the court of appeals does not have grant a writ of mandate from an order of this sort and they rarely do. Nevertheless, the Josephsons are fighting to keep their claims alive because, as they told the trial judge, they will dismiss the claim rather than go to an arbitration proceeding that would be very expensive and cannot give them the remedies they seek: 1) public accountability for the conduct to deter Elizabeth English and the Archer Board and other private schools from the sort of arbitrary and vindictive conduct asserted in the complaint; 2) a binding ruling that the arbitration clause should not be used in any parents’ enrollment contract because it is unconscionable; 3) clarification and extension of the law regarding professional malpractice and board responsibilities re: oversight.

The Josephsons’ briefs ask the Court of Appeals to 1) to strike down Archer’s arbitration clause as being one-sided, coerced and unconscionable (we believe it is one of the most oppressive and extensive provisions used by any school in the country) and to 2) prevent Ms. English and the Board from forcing them into a secret arbitration while their appeal is pending. One brief was filed by attorney Charles Harder representing Anne and the children and Michael Josephson filed a separate brief on his own behalf. The arguments are totally compatible but focus on different aspects of the case.

These briefs will be available on this website and others to parents and attorneys confronting similar oppressive one-sided arbitration provisions and circulated to legislative policy makers, heads of private schools and legal scholars seeking to persuade them to disallow or voluntarily refrain from using such clauses. If you have interest please read the factual and legal arguments — we think you will find them persuasive.