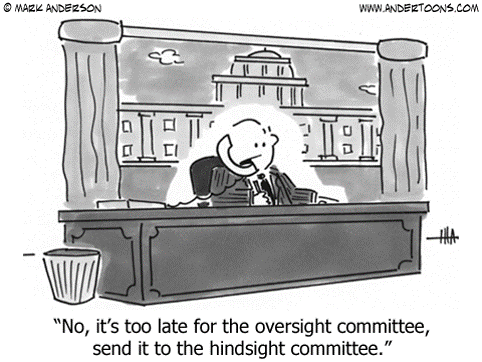 In early December, 2014 there was the first of a series of new public hearings on Archer’s most current expansion/improvement project (which is years behind projected start dates far short of stated fund-raising goals). The new plan is a drastically watered down version of the plan “sold” to Archer parents and students several years ago as the result of a devastatingly critical letter from  City Councilman Bonin  Councilman Bonin’s letter. Minimizing the significance of the changes to the Archer community, and disregarding the significant increase in costs (e.g., for an underground tunnel), Ms. English presented the current plan. As expected, Brentwood neighbors were unsatisfied with the new plan as well and they continue to oppose it. The likelihood of attracting donors in this environment is slim (in fact, it’s possible some previous donors who thought they were funding a more extensive campus improvement will demand refunds).

Consider, Ms. English’s leadership in the context of this history:

For the last several years, Archer Head of School, Elizabeth English, had been promoting an extremely ambitious expansion plan formulated without true collaboration with residents or the support of crucial members of the city council. In some settings, she seemed to suggest the expansion plan was a “done deal” and she raised money for the plan (the school will not reveal how much) which was probably doomed from the start.

Though a letter sent by the Archer board seeking to minimize the significant of Councilman Bonim’s opposition suggested that Ms. English and the board collaborated extensively with the community, virtually all residents take a contrary view. Several contacted us to tell us they thought her attitude and approach was disrespectful and tactics high-handed.

Thus, instead of building allies, Ms. English created enemies and the Council member she needed most to support the project, Mike Bonin (who represents all businesses and homeowners in the Brentwood area), delivered a devastating blow to her/Archer’s desire to modify the campus. In fact, one might even read the letter as an invitation for Archer to find another location.  We think Councilman Bonin’s letter leaves no room for an honest positive spin.

Shortly after we posted the Councilman’s letter, we were sent copies of a letter from Board Chair Barbara Bruser and Board member Justin Chang sent to the Archer community that appears to significantly understate (if not misrepresent) the scope of Councilman Bonin’s opposition and the extent to which he guts the original plan and requires a completely new redesign (with no assurance at all that he would approve any redesign). Please read  the Councilman’s letter and the board’s letter and determine whether you think the Board is being forthcoming about the prospects and potential costs of any expansion.

In addition, to the challenge of trying to mollify donors and parents who relied on her optimistic assessments of the likelihood that her plan would be approved, Archer will be burdened by the fact that parents of the next class of Archer students may be harder to convince that the Archer is the right school for their child.

The decision to spend about $300,000 to pursue litigation they could have had dismissed months ago will also discourage not only donors to the expansion fund but probably to Archer’s annual fund.

Irony: Remember the story of the Archer mom forced to withdraw her child from Archer because she expressed concern to a board member that Ms. English was being very imprudent with Archer funds (cost for renovation of the home Archer provided her soared to about $1.4 million – mom’s story)? Well, if Ms. English’s expansion plans had been approved, that home would be torn down and a new one would have to be purchased and renovated for Ms. English. It’s not clear whether under the revision, Ms. English will be confined to the home she renovated.