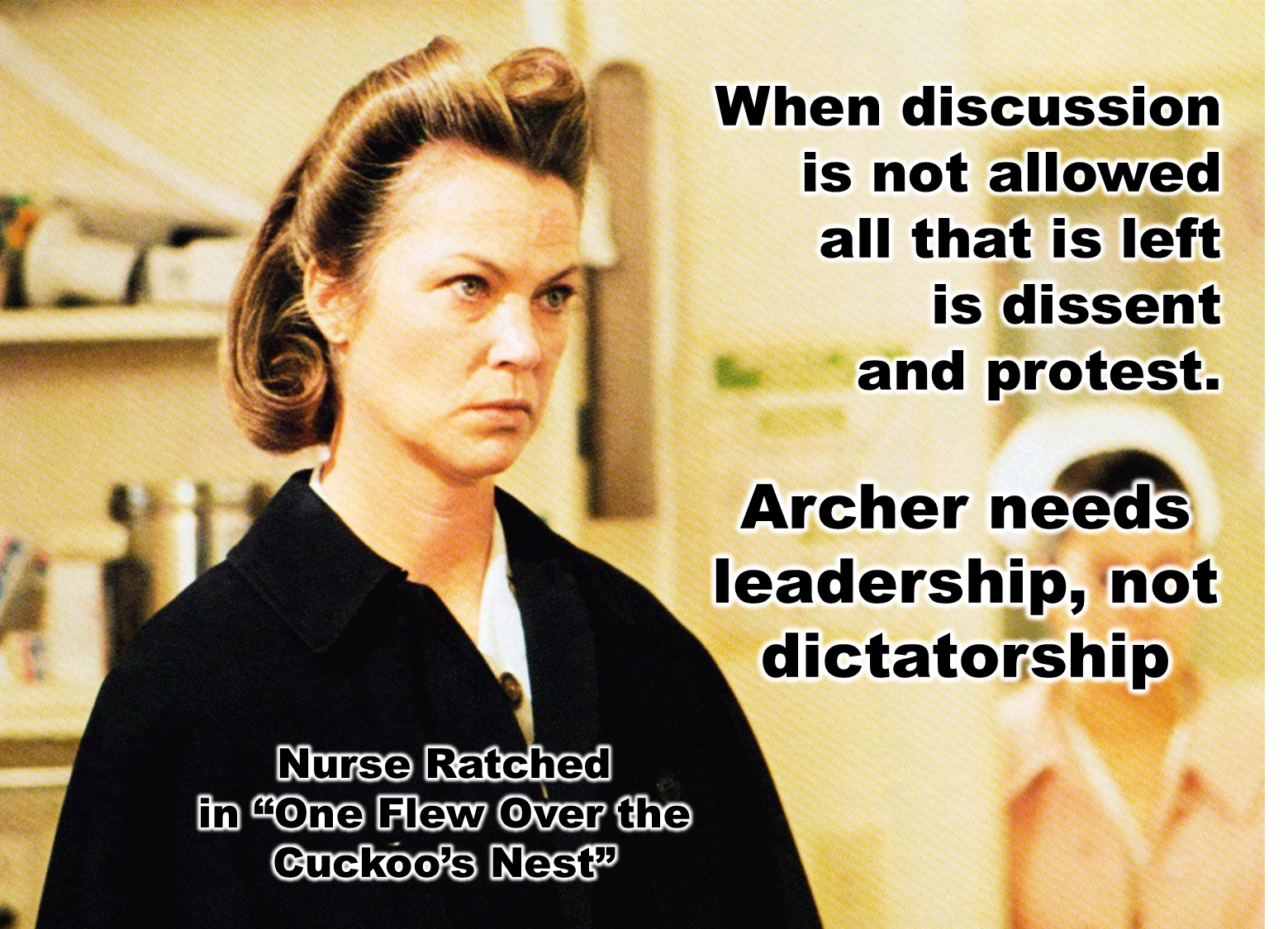 Some have called Archer’s Head of School, Elizabeth English, the Nurse Ratched of Archer.  Their leadership styles seem so similar.

In the wake of huge expenditures of money trying to censor and punish the Josephsons (about $400,000) and inept handling of the Archer Forward project costing about $10 million simply trying to get approval,  a logical question is asked more often: “Why doesn’t Ms English put the interests of Archer first and resign and let the school heal?”  If current rumors are true either the Board lost patience with her or she made her own decision to leave. It should not have taken this long and cost Archer so much in money and reputation. When a CEO becomes the focus of criticism or scrutiny likely to drain resources and damage her organization’s reputation, a common demonstration of devotion and character is for that person to resign if it would reduce or eliminate ongoing harm.

Instead,this CEO spent thousands of dollars of the school’s money in a desperate but futile attempt to conceal (not justify) her behavior. [We have used the incident to remind defendants they can send us their side of the story and we will post it unedited).

And, when there is ample evidence of serious improprieties committed by the CEO, why doesn’t the Board induce the resignation or elect to terminate the lightening rod in pursuit of the overall best interests of the school?

For that matter, shouldn’t the Board members who contributed to escalation of a minor issue with one of the school’s most supportive families into a massive public confrontation also resign?